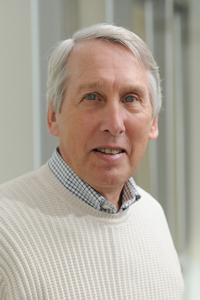 Kenneth A. De Jong received his Ph.D. in computer science from the University of Michigan in 1975. He joined George Mason University in 1984 and is currently a University Professor, a Professor of Computer Science, head of the Evolutionary Computation Laboratory, and Associate Director of the Krasnow Institute. His research interests include genetic algorithms, evolutionary computation, machine learning, and adaptive systems. He is currently involved in research projects involving the development of new evolutionary algorithm (EA) theory, and the use of EAs as heuristics in complex modeling for robot navigation and game playing.

Evolutionary Computation, and a lifetime achievement award from the Evolutionary Programming Society.