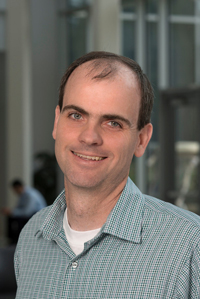 John Shortle applies deep mathematical creativity to applied problems of societal significance. He is motivated to understand how randomness and uncertainty impact the behavior and design of a system. His specific interests include simulation, queueing, and analysis of rare events with applications in air transportation, aviation safety, power systems, and telecommunications. Many of his current research projects are funded by the FAA and NASA supporting the goal of making the future air transportation system safer than it is today. He has been an active member of the Center for Air Transportation Systems Research at Mason since its inception in 2003.

Shortle is a leader in the simulation community, having recently served as the president of the INFORMS Simulation Society, and having served as a co-proceedings editor for the Winter Simulation Conference. He is a co-author of the widely used textbook, Fundamentals of Queueing Theory.  He has also served as an associate editor for IEEE Transactions on Reliability and the Journal of Probability and Statistical Science. Prior to joining Mason, he worked in the telecommunications industry at US WEST Advanced Technologies. For his work there, he won the Daniel H. Wagner Prize for Excellence in Operations Research Practice.

2009 - 2013 : New Approaches for Rare-event Simulation and Decision Making. Funded by US Department of Energy.