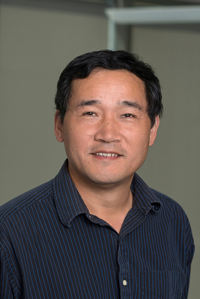 Jim Chen has taught at George Mason University since 1995. He is the editor-in-chief of Computing in Science & Engineering, a senior member of the Institute of Electrical and Electronics Engineers, and an associate member of the Association for Computing Machinery. He has authored four books, edited two conference proceedings, published over 100 research papers, and acquired three patents. His research interests include computer graphics, virtual reality, visualization, networking, and simulation.

2009 - 2010 : Mason-Inova Fund: The Development of VKASS: A Virtual knee Anatomy and Surgery System. Funded by INOVA.