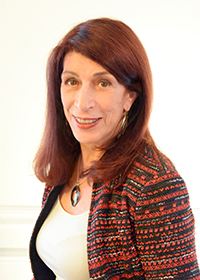 Ariela Sofer is interested in nonlinear programming, optimization in medical applications, and systems thinking. Sofer is currently Academic Director of The International Council on Systems Engineering (INCOSE).  She has served as Secretary of the Board of Trustees of the Institute of Industrial and Systems Engineers (IISE), as Vice President for Sections and Societies of The Institute for Operations Research and Management Science (INFORMS) and as President of the Association of Chairs of Operations Research Departments (ACORD). She is a member of the editorial board of the SEBoK Systems Engineering Body of Knowledge. She has served as Associate Editor of the journals  Operations Research and Management Science, and as a member of the editorial Board of MOS-SIAM Book Series on Optimization. She is co-author of the textbook "Linear and Nonlinear Optimization," published by SIAM Books in 2008 (and in an earlier edition by McGraw Hill, 1996).  She is an elected Fellow of INFORMS (2016) and IISE (2018).