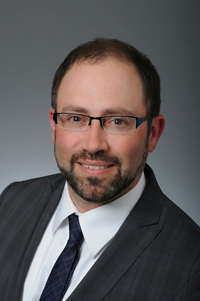 Professor William F. Rosenberger is a University Professor in the Department of Statistics at George Mason University. Rosenberger served as department chair from 2006 to 2019. He received his PhD in mathematical statistics from George Washington University in 1992 and since then has spent much of his career developing statistical methodology for randomized clinical trials. He has two books on the subject, Randomization in Clinical Trials: Theory and Practice (Wiley, 2002), which won the Association of American Publishers Award for the best mathematics/statistics book published that year, and has recently been issued in a second edition (Wiley, 2016); and The Theory of Response-Adaptive Randomization in Clinical Trials (Wiley, 2006).  He is a Fellow of the American Statistical Association (2005) and of the Institute of Mathematical Statistics (2011).  An author of more than 85 refereed papers, Prof. Rosenberger was named the 2012 Outstanding Research Faculty by the Volgenau School of Engineering, George Mason University.  In 2014, he received a prestigious Fulbright scholarship to support his sabbatical at RWTH Aachen University in Germany.  That same year he was promoted to the rank of University Professor, which is reserved for “eminent” individuals on the faculty “of great national or international reputation.”