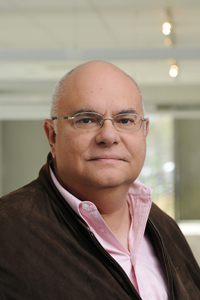 Daniel Barbará has taught at George Mason University since 1997. His areas of expertise are data mining and machine learning. He served as the program chair of the SIAM International Conference on Data Mining in 2003, and he has received numerous grants from the National Science Foundation, the Army, and other federal and state institutions.

2011 - 2011 : A visualization and analysis tool for a large scale sensing and surveillance system. Funded by Invertix Corp.