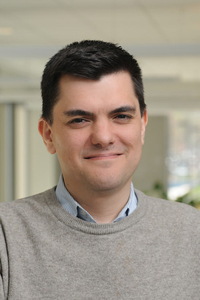 Hakan Aydin has taught at George Mason University since 2001. His research interests include real-time embedded systems, low-power computing, and fault tolerance. He was a recipient of the National Science Foundation CAREER award in 2006. He has served on the program committee of various conferences. He was also the technical program committee chair of the IEEE RTAS 2011, and the general chair of the IEEE RTAS 2012 conferences. He received the Department of Computer Science Teaching Award in 2006 and 2009.