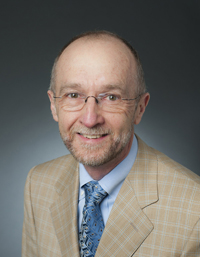 Stephen Nash is professor emeritus in the Department of Systems Engineering and Operations Research. From 1998-2005, he served as associate dean for graduate studies and research and from 2012-2018 as senior associate dean of the Volgenau School of Engineering. From 2005-2008, he was the Program Director for the Operations Research program at the National Science Foundation, on leave from George Mason University. Prior to coming to George Mason University, he taught at The Johns Hopkins University. He has also had professional associations with the National Institute of Standards and Technology, the Argonne National Laboratory, and the Sandia National Laboratory.

His research activities are centered in scientific computing, especially nonlinear optimization. He has been a member of the editorial boards of Mathematical Methods of Operations Research, Computers in Science & Engineering, the SIAM Journal on Scientific Computing, Operations Research, and the Journal of the American Statistical Association. His research has been funded by grants from the National Science Foundation, the Air Force Office of Scientific Research, and the Department of Energy. He has also co-authored two widely used textbooks.

2009 - 2013 : Optimization Algorithms for Hierarchical Problems, with Application to Nanoporous Materials. Funded by US Department of Energy.