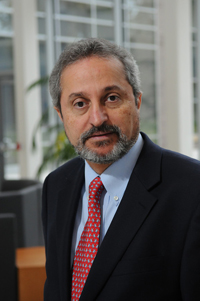 Daniel Menascé has taught at George Mason University since 1992. He is a Fellow of the ACM and of the IEEE, a recipient of the Outstanding Faculty Award from the Commonwealth of Virginia in 2017, and the recipient of the 2001 A.A. Michelson Award from the Computer Measurement Group. He has published over 270 articles and five books that received over 11,560 citations. His h-index is 52. His areas of interest and expertise include autonomic computing, software performance engineering, security-performance tradeoffs, cloud computing, service-oriented computing, modeling and analysis of computer systems, and web and e-commerce systems.